Proving that social change can also be delicious, Tania Jiménez attended Impact! Design for Social Change in 2011 and then returned to her community in Montreal, Canada, empowered with the skills to become a leader in their culinary social entrepreneurship scene.

In addition to launching and developing her Big Idea project, Moitié-Moitié, she continues to be a freelance graphic designer. She also recently opened a co-working space for her and ten other food-related micro-entrepreneurs.

Moitié-Moitié, which translates to “half and half” and implies sharing, organizes multicultural culinary events in order to bring diverse groups of people together. Montreal is an extremely diverse city, with people of disparate cultures interacting on a daily basis. Tania, an immigrant from Mexico herself, found that while she never saw much friction between cultures, she also didn’t see much meaningful social integration or cross-cultural socializing. 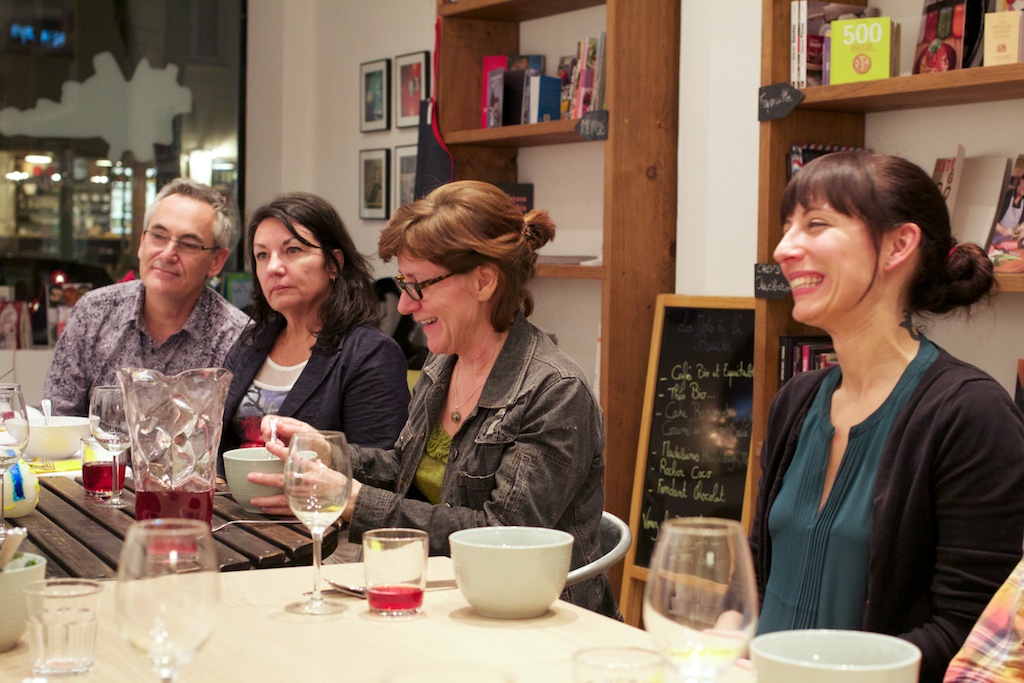 Moitié-Moitié’s activities include themed pot-luck dinners and cooking workshops led by other immigrant women. These events aim to be approachable and accessible; all you do is share a meal with strangers and then what happens from there is up to you. The expectations are low but the impact can be huge. Tania explains, “what we are doing with these workshops is not only sharing food and recipes—it is also empowerment for these women.”

She tells the story of one young woman who moved to Montreal from India to be with her new husband from an arranged marriage. She had no family or friends in her new country and—to top it off—it was -22 degrees fahrenheit in Montreal when when she moved from Delhi. Tania met her at a design event and asked her to lead a Moitié-Moitié workshop.

Tania recounts, “she was so happy she had the opportunity to meet people from here that she would otherwise not have because she did not work and was staying at home doing housework. So, for her it was an amazing experience and it encouraged her to continue with a blog about Indian food she had started, taking pictures and writing about authentic Indian food. Then, she hosted two or three more workshops with Moitié-Moitié and became friends with other participants. She was very grateful to me and she is the reason I do this—because I see that it is a way for people like her to meet people and also they have something important to share.”

After several years of gaining experience with social entrepreneurship, Tania has some great advice for social entrepreneur wannabes: “as a leader of a project, you have to identify what you are good at, and also identify what are you not good at, and then find people that you can rely on to help. This is one thing that I learned at the Impact! program. I also learned that I can ask for help; before I was shy and was worried about bothering people, but when you start asking for help, you see that people are actually willing to help you. So, just ask for help! Engage the community in your project.” 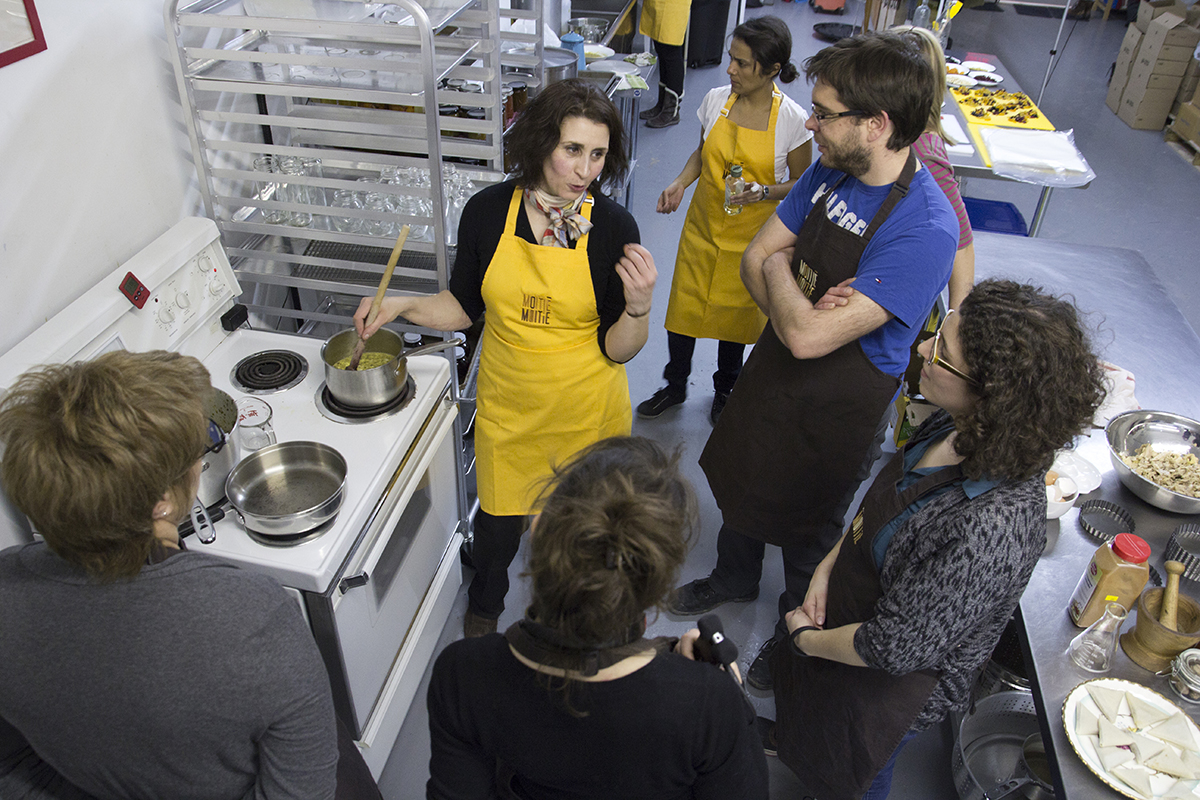 She also suggests talking to anyone and everyone about your project so that you can gain a following. This also holds yourself accountable, increasing your probability of follow-through since many people will be waiting for updates or will want to give help themselves. After spreading the word, Tania suggests diving in: “you don’t have to wait until everything is perfect to launch your project. You can start it as a prototype, launch your project, and let the idea evolve—if it doesn’t work, it doesn’t work, and that’s it. You can start very small with the things that you have and your own means to do it.”

Impact! really created a shift in thinking for Tania. “I learned to say ‘why’ instead of ‘what.’,” she explains. “I became a problem seeker. Now as a designer, I intend to identify problems that I can solve in a creative way and I don’t limit myself to the graphic projects coming from my clients.” Her clients could also see the change: “my clients now include me in the whole process. They will invite me to brainstorm when they are starting to create ideas and the content because they realized there was a shift in my thinking.” 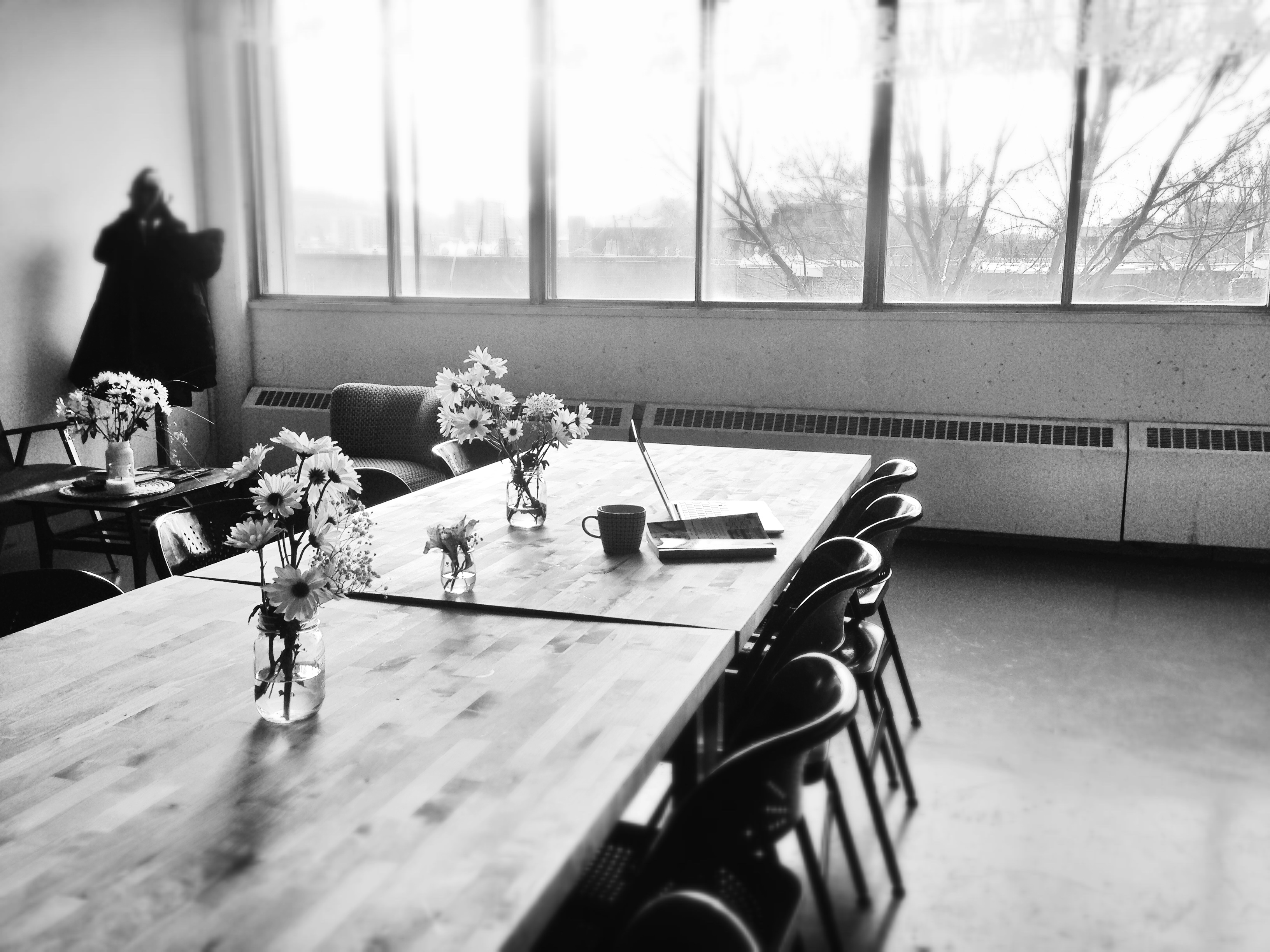 Tania has been sharing what she learned at Impact! and the wisdom she’s gained from being in the field for several years with the projects for which she has consulted. And now she gives back to the social entrepreneurship community in a more structured way though her new culinary coworking space. Leveraging the power of food to bring people together, we have no doubt that Tania and her colleagues will help improve quality of life for many people in Montreal and beyond.